Wheat prices have gone through the roof in Cameroon. On Wednesday,** the association of millers even suspended deliveries of flour and wheat bran throughout the country because of the prices. **

Wheat prices have spiked in Cameroon. On Wednesday, the association of millers announced it suspended deliveries of flour and wheat bran throughout the country. Even The bakers’ syndicate said it won’t be able to cope with production costs.

"Every year,** a price rise hits us**"**, **Lucas Yimgue explains. The member of the bureau of the Employers syndicate of Cameroon's bakers describe a rise that becomes hard to sustain:"This time a 3,000-franc rise is looming. The price of a bag of flour is up to 22,500 CFA francs from 19,500 francs; the cost has almost doubled. Since the price of bread won’t budge, it will be very hard on us bakers. If the government doesn’t help us; we will be obliged to close down."

All those who can no longer afford wheat when the product hasn’t got out of stock explore alternatives. The government has encouraged the use of wheat substitutes like cassava. Cook Ewoty Njié, is now involved in the production of cassava wheat.

The Cameroonian tradesman launched 7 years ago his cassava wheat brand named ENEC. His business was awarded the Orijinal Challenge prize last January. And now he thinks big. "What I mean by dreaming big is set up industrial units on a large scale that enables us to consistently produce flour. Now, we produce between three hundred to five hundred kilos a year. If we achieve our project to set up this unit, we will double our production."

According to the Food and Agriculture Organisation International prices of all major cereals increased in October. As a result, many countries face a record food bill. Solutions like Ewoty Njié's might have fine days lying ahead. 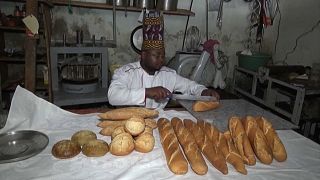 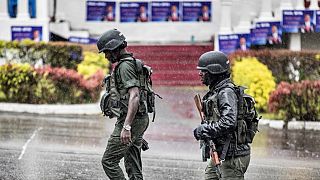 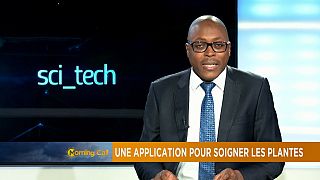