These ladies began the year with drills to improve stick and ground ball skills.

They will be the only players from Africa at the 2022 World Lacrosse Women`s World Championship hosted in Maryland by USA, the winner of eight out of ten World Cups.

Team Uganda got lucky when Kenya pulled out.

Lacrosse is one of the fastest games on foot and is relatively new in the country. This will be the first time the young women are competing on a global stage. It is challenging as it is thrilling… some of the rules will be new to the team that wants to be in shape in three months.

The team captain, Dorothy Nakato, switched from basketball to lacrosse in 2011 and plays as an attacker. This opportunity for her and entire team depends on their affordability of the logistics involved, but they are hopeful and confident

“So we need support from the government to help us where they can. Even individuals who out there and willing to help us, please help us with anything you have, whether air tickets or transport”, says Dorothy Nakato, captain of the team.

They will face some of the toughest and experienced Lacrosse players from across the world. At least 30 teams including Ireland, Canada, Australia, England, and Costa Rica are taking part in the tournament slated for June 29 to July 9. It features youth, high school and adult women`s teams. Uganda Lacrosse’s target is to win at group stages.

“Young, workout, what they are doing right now, I am expecting us winning in all our group stages. Our aim is to first start with the group stages while we build up and see where we are heading”, Keith Lubangakene, coach.

The Uganda Lacrosse Association became the first body on the continent to be recognized as a full member of World Lacrosse in 2020, gaining eligibility to win medals at international competitions.

_“Our girls have been playing from the time they were still young. Most of them are coming from school, university, and they have been playing since high school. So this is a very good team and I believe we are going to represent Uganda and at the same time Africa”, _Makanda Ibrahim, president of Uganda Lacrosse proudly says.

The team is intensifying training focusing on players’ strength, power and flexibility in the kinetic chain. By June, they will have decided on an 18-woman squad. 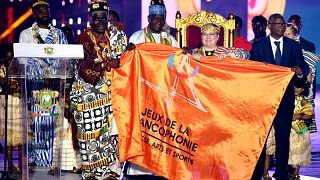 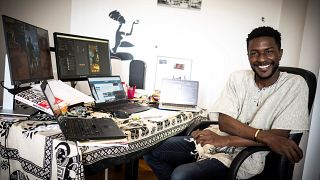 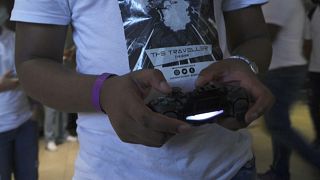