For this, Xavi, the former captain of Barca, now coach, counts on his Gabonese striker Pierre Emerick Aubameyang.

Auba who arrived in January from Arsenal, has succeeded in his debut with 6 goals in 9 appearances, a gift from heaven according to his coach

"Auba (Pierre-Emerick Aubameyang) has been a brilliant gift fallen from the sky for us because he's very positive. He reacted very well in the dressing room. He's adapted quickly to what the terms needs and the circumstances we are in. He finds space in behind, he can create chances, he scores goals. He works hard for the team. He pushes the center backs and the goalkeeper, so it's a privilege to manage him" Xavi Hernandez, FC Barcelona Head Coach.

Tonight (Thursday) the Barcelona will face Galatasaray of Istanbul led by its French-Senegalese striker Bafetimbi Gomis back in Turkey after having won everything in the Middle East. 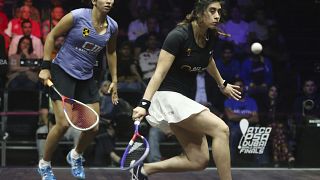