The Malian government announced on Wednesday evening the opening of an investigation into the "murder" of several Mauritanian nationals on its territory, but assured that for the moment there was nothing to accuse Malian soldiers.

Mauritania raised its voice against its neighbor on Tuesday, accusing its army of "recurrent criminal acts" on its soil against Mauritanians, following the disappearance of a number of them in the border area.

Mauritanian authorities did not specify the nature of these acts. A Mauritanian MP spoke of at least 15 deaths in the border area south of Adel Bagrou (eastern Mauritania), and sound recordings circulating on social networks, attributed to eyewitnesses but not authenticated, spoke of the disappearance of some 30 Mauritanians, accusing Malian soldiers.

In a statement issued Wednesday evening, Malian government spokesman Colonel Abdoulaye Maiga confirmed that there was talk of "assassinations," without giving a number.

He "strongly condemns these criminal acts intended to undermine the excellent quality of relations between our two countries.

It reports that the head of the Malian junta, Colonel Assimi Goïta, has exchanged with Mauritanian President Mohamed Ould Cheikh El Ghazouani.

Colonel Goïta ordered "to open an investigation" and "decided to send a high-level mission to Nouakchott as soon as possible," he said.

The Malian authorities "will spare no effort" to find the culprits, he said. But, he added, "at this stage, there is no evidence implicating the Malian armed forces, which respect human rights and always act with professionalism.

This is the second serious event of its kind in a few weeks. In January, seven Mauritanians were killed in the same area. Already at that time, the question of the possible involvement of Malian soldiers was raised.

At the time, the Malian government also announced the opening of an investigation and assured that nothing implicated the Malian army. Nothing has been made public since then.

Mali has been caught in a security turmoil since 2012. In addition to the activities of armed groups affiliated with al-Qaeda and the Islamic State, inter-community violence, and criminal acts, the army is regularly accused of abuses.

The Malian government finds it "disturbing" that these events are taking place at a time when the junta is undertaking a rapprochement with Mauritania, without further explanation. For the colonels, it is a question of countering the embargo imposed in January by the organization of West African states, ECOWAS, to sanction their plan to remain in power for several more years. 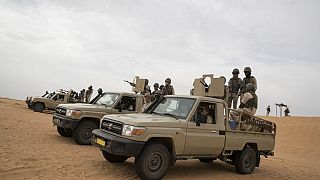 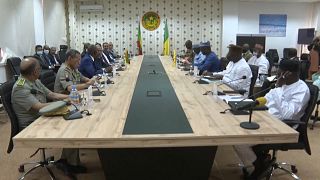