The Cameroonian sports Minister announced that Rigobert Song, former star defender of the "Indomitable Lions", is to replace Portuguese coach, António Conceição, as the head of the national football team.

The "Indomitable Lions" finished third in the African Cup of Nations in early February after being eliminated by Egypt on penalties in the semi-finals.

The Cameroonian Football Association announced that it is looking to secure a place in the 2022 World Cup in Qatar.

Cameroon is set to play against Algeria in less than a month's time in the African Zone play-offs.

Rigobert Song made his name playing for a number of European, British and Turkish teams until he retired in 2010.

The former star has already coached the U-21 team and worked on a technical capacity for the Cameroonian senior team, which he led to the 2018 African Cup of Nations. 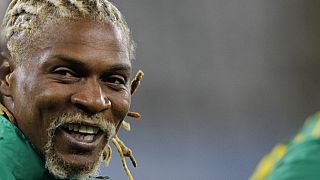