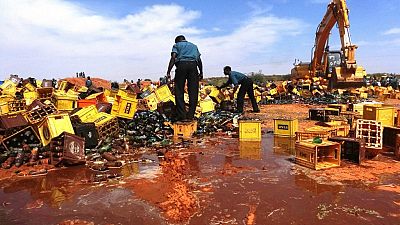 Religious police in Nigeria's city of Kano have destroyed about 3.8 million bottles of beer in an attempt to crack down on drugs and alcohol in the city where consumption is banned.

On Wednesday, hundreds of the Islamic police officers unloaded 3,873,163 bottles of alcohol in the village of Tudun Kalebawa. They had been seized in recent months from trucks coming from the Christian-majority south of the country, where Islamic law does not apply.

The crowd, including senior Hisbah and local government officials, shouted "Allahu Akbar" ("God is the greatest") as Bulldozers smashed the bottles to smithereens.

The religious police set fire to the debris and alcohol, which burned throughout the night, according to reports.

According to Hisbah chief Haruna Ibn Sina, "Kano is a state where Islamic law applies and the sale, consumption and possession of alcoholic substances is prohibited."

"The beer shipments were destroyed after obtaining a court order," he said.

Kano is one of the northern states with a Muslim majority that have reintroduced a strict version of Islamic law since the return of democracy to Nigeria in 1999.

The sale and consumption of alcohol are banned and those who break the law face 80 lashes.

this exercise is not the first of its kind.

in 2020, Kano State Hisbah Board destroyed 1,975,000 bottles of beer worth over N200 million confiscated within the Kano metropolis. prior to this exercise, another had taken place in 2019.

The same so-called religious police destroying every beer bottle in Kano when Kano state is hypocritically collecting more VAT from alcohol than Lagos. We need to rethink this Nigeria

The ban on alcohol has recently been a source of tension in the state's capital.

In December, young people in one of Kano's Christian neighbourhoods clashed with religious police when officials raided drinking spots in the area. 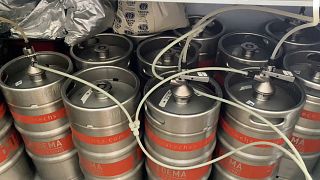 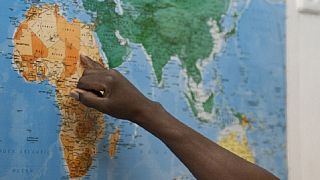 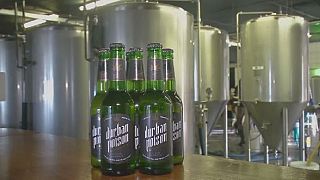