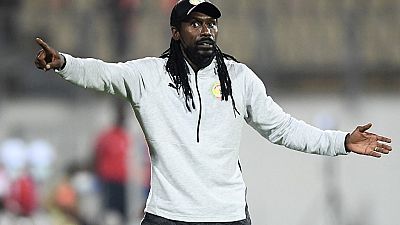 The results of Aliou Cisse, who led Senegal to the final for a second consecutive Africa Cup of Nations (AFCON), have highlighted the expertise of African coaches.

The "Lions of Teranga", who were beaten 1-0 by Algeria in 2019 by another local coach, will face the Portuguese-born Carlos Queiroz's Egypt on Sunday. The Burkinabe Kamou Malou, who reached the semi-final against Senegal (3-1), gave a "cry from the heart" to AFP: "I encourage the African leaders to recruit locally. We should be trusted more.

At the African Cup of Nations, 16 out of 24 federations had entrusted their team to a coach from their country, a record. A movement seems to be underway. Four expatriates were even sacked shortly before the competition - Corentin Martins, after seven years in Mauritania, Didier Six (Guinea), Hubert Velud (Sudan) and Gernot Rohr (Nigeria) - and only one was replaced by a Frenchman, Didier Gomes Da Rosa, with the Mauritanian "Murabitounes".

But the "blond wizard" Claude Le Roy, who has coached teams at nine African Cup of Nations tournaments, _"finds this false debate" _completely demagogic. He said: "God knows that Aliou (Cisse) is my friend, Djamel (Belmadi) too, but they have African origins: they (grew up) in France, did their whole career in France, passed their diplomas in France. Between them, they have spent less time in Africa than I have alone!

"The Egyptian (Hassan) Shehata won three African Cup of Nations titles, as did (Charles Kumi) Gyamfi in Ghana, but we didn't talk about that, it was because they were good full stop," said Claude Le Roy. The basic debate is rather to know when, apart from (the Senegalese) Omar Daf at Sochaux, the arrival of African coaches in European championships will have reached a level. That is the objective, but we are far from it. And not because they are not competent, but because we don't trust them," he added.

"This racialisation of theories about coaches seems to me to be populist and completely inaccurate," concluded Claude Le Roy. This opinion is similar to that of Mohamed Magassouba (64), DTN (National Technical Director) of Mali since 2008, coach since 2017. For him, it is simply necessary to choose the best, "we are on the field of excellence," he explains to AFP.

"The question is not to appoint a Malian, an ex-professional or even an expatriate, we must give the selection to the one who can bring something," he added. But Mohamed Magassouba has an explanation for the vogue for locals. "The Malian coach, who will try to qualify the "Eagles of Mali" for their first World Cup in a play-off against Tunisia in March, said: "Africa has made a leap forward in terms of training over the last ten years or so.

FIFA (International Federation) and CAF (African Confederation) training courses, internships abroad, the emphasis has been placed on the qualifications of the coaches. The "locals" also have the advantage of being on the ground, while some expatriates do not always live in the country where they work.

"Kamou Malo has been on the field of play in the Burkina Faso championship," Colonel Sita Sangare, former president of the Burkina Faso Football Federation, who appointed him, told AFP. He knows the players better than an outsider, and he doesn't work on Google profiles," the manager said with amusement.

And this movement is not against expatriates, "we have all learned from them", Kamou Malo emphasises, but he prefers the transfer of skills. Not long ago, each country went to look for its own wizard, I will avoid stating a colour", he smiles.

The Burkina Faso coach salutes his winner Aliou Cissé. "He is a man for whom I have a lot of respect, even though I am his elder (59 years old against 45, editor's note). He gave us this fibre, this desire. He and I are engaged in a fight: we have to shed light on African coaches. And let's not hide the fact that we don't cost much," adds Kamou Malo with a smile.

"We are no less competent than the others," concluded Aliou Cissé. "The fight goes on, it's up to the leaders to trust us. 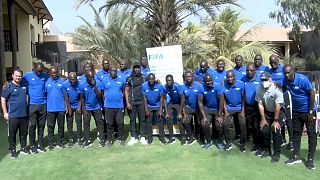 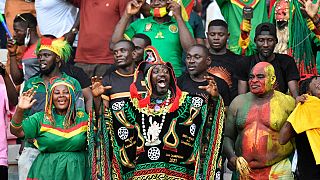