Burkinabe and Cameroonian football lovers were overjoyed by their countries' qualification, on Saturday, January 29, for the AFCON semi-finals.

Joy is truly contagious. If Burkinabe players were overjoyed, back home, the happiness is the same. Hundreds of Burkinabe gathered to cheer on their team together. On Saturday, January 29, the Stallions of Burkina played Tunisia for the quarter-finals. Their one-nil win has lightened the mood in a country shaken up by a military coup.

"I can say that this is a victory for Burkina Faso that will help even a bit move forward on a reconciliation process", Zacharie Bouda, an agronomic technician hopes. A fellow Burkinabe says adamantly: "The trophy will be brought here, in our country!"

Thousands of kilometers away, in Douala(Cameroon) celebration time has also come. Fans are delighted to witness Cameroon's qualification for the semi-finals. One of them says: "The Lions gave everything that was needed for a victory. The win was unavoidable; we just needed a bit of concentration. We hoped Vincent Aboubakar would do better but the team gave its all. For the moment, the lions are truly indomitable! No one can tame a lion!"

After an impressive two-nil victory of the Indomitable Lions who faced the Scorpios of Gambia, the night was sure long in the economic capital of Cameroon. The international player Karl Toko-Ekambi who plays in Lyon, scored two times before 36,259 spectators. Host country Cameroon was the very nation to qualify for the AFCON semi-finals. The team the Indomitable Lions will face will be known on Sunday evening. 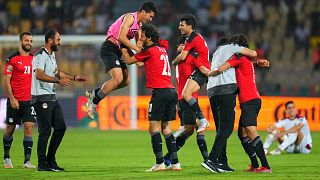 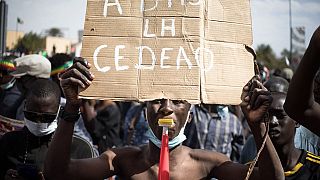