Cameroonian Sports minister Narcisse Mouelle Kombi imputed last Monday’s deadly stampede on a "reckless" decision to open a gate in the face of a "flood of people".

A stampede that led to the deaths of eight people outside an Africa Cup of Nations stadium was caused by a "reckless" decision to open a gate in the face of a "flood of people", Cameroon's sports minister said Friday. Outside the Olombe Stadium of Yaoundé, hundred had gathered for the last-16 match between Cameroon and the Comoros. But 8 were killed in the crush and 38 injured.

"Unfortunately, it was noted that some compatriots were reselling tickets received free of charge or were outbidding, some compatriots wanted to force their way into the stadium with already-used tickets", the minister explained during a press conference.

If some elements were presented, the entire investigative report was not yet made public but had been delivered to CAF according to Narcisse Kombi.

A human error was not the sole responsible for the tragedy, a combination of factors is to blame. "T****he number of security agents on duty was insufficient", the minister conceded.

He added that the priority for Cameroon's government was to reopen the 60,000-capacity Olembe Stadium as soon as possible. It has therefore unveiled measures intended to make the venue safer. These included moving ticket and Covid-19 test checkpoints further away from the stadium and increasing the number of security personnel. Children under 11 are now banned from matches.

President Biya and the Confederation of African Football had ordered separate investigations to determine the cause of the stampede. In the aftermath of the tragedy, CAF decided to move Sunday's quarter-final from Olembe Stadium to the Ahmadou Ahidjo Stadium.

For now, the second Cup of Nations semi-final, to be played on February 3, and the February 6 final are still scheduled at Olembe Stadium. 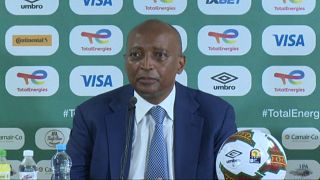 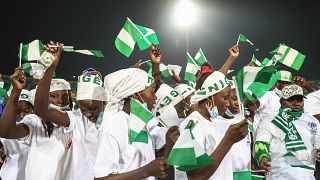