The President of Cape Verde arrived on Monday in Angola for its first state visit abroad. José Maria Neves praised the way Angola has treated his country and it is leading in the region.

"We want to show how grateful we are for the way in which Angola has positioned itself in the Southern and Central Africa region and at African level. We are counting on Angola, with its enormous contribution to building a united, strong Africa, an Africa that is more modern, fairer, more inclusive and with more opportunities for all its daughters and sons", said José Maria Neves, Cape Verde's President.

For Angola's President strengthening the links between Praia and Luanda is a priority.

"Our ambition in terms of civil aviation is not only to link the two capitals but, starting from one of the capitals, that is, from Praia, to go beyond that and reach the countries in the region, West Africa, Europe and the USA. Our airline has air resources that are idle, the planes are not meant to stay on the ground, they are meant to move. Their place is up there", affirmed João Lourenço.

The President of Cape Verde also added that the country would support Angola if and when it decides to apply to become a member of ECOWAS, the Economic Community of West African States. 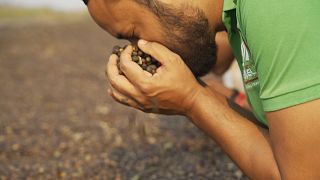