The first of January marks Haiti's independence day and many celebrate the occasion with joumou soup.

This soup consists of a mix of meat, vegetables, pasta and the squash for which it is named.

The custom started on the Januarty 1st 1804, date of the independence of the country.

"The first of January is our independence day, it is a pleasure for me to make the soup for my family and for neighbours too because I share with others. It took me two hours to prepare it. It was my mother who showed me how to make it", said Rosemene Dorceus, who makes this soup in large quantities every January, 1st.

Once a symbol of oppression, this dish has just been recognised by UNESCO as intangible cultural heritage of Humanity.

"The soup represents life, it also represents the power that we have conquered after years of fighting. And even today it is an added value because of its appearance as intangible heritage in UNESCO", (...) "For me, the giraumon soup symbolizes freedom, love, union, fraternity, it is independence. Every time we drink it, we should be fully aware that we are free", she said.

Haiti's joumou soup is a tradition that dates back more than two centuries and is a way to honour the country and its past. 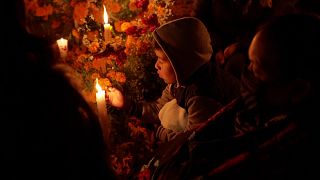 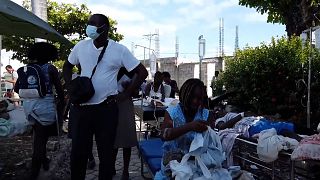