**Africa’s champion titleholder Algeria is ready to kick off the competition. **

The Fenecs who beat Tunisia to win the Arab cup on December 18 hope to repeat their success at the African Cup of nations that will launch in Cameroon on January 9.

Hicham Boudaoui, OGC Nice midfielder said that his team will come under great scrutiny: "Because we already won the last AFCON, that makes us one of the favourites. We have to be ready, as all of the teams will want to beat us. That will make the championship a little difficult for us in this AFCON but we'll try to give our best until the end."

As part of group E that is composed of Sierra Leone, Equatorial Guinea and Ivory Coast, Algeria hopes to make a good start.

How will the Fennecs tournament go? Only time will tell. The team will play its first game on January 11. 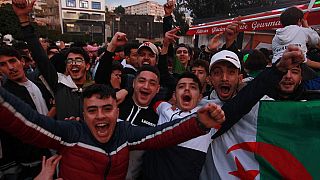