African Cup of Nations will go ahead say organisers 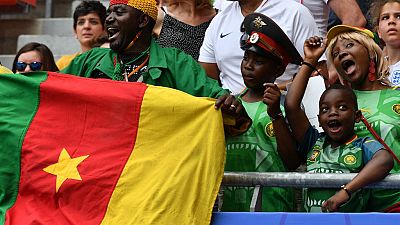 African Cup of Nations organisers insist that next month's delayed tournament will go ahead.

The organisers face resistance from European clubs because of rising cases of the new coronavirus strain, Omicron.

The general-secretary of the CAF said the release of players is dictated by FIFA regulations and not the clubs.

"Regarding the release of players, there is an association and I will not quote it too much publicity. It says European clubs are not going to release players. As far as I know it is not the employers of these players because the players have their individual contracts; in addition, the release of players is dictated by FIFA regulations. So we rely on FIFA regulations to release players. If we were talking about Covid problems, I have the figures that come from the WHO (World Health Organisation) in Geneva. If we look at a rate of three percent on a continent of a billion people, the concern should not be here. Elsewhere the stadiums are full, except in Germany, where I believe spectators are not allowed to enter the stadium", said Veron Mosengo.

Twenty-four teams are expected to take part in the African Cup of Nations.

The authorities in Cameroon appear ready to host this major event.

"The ardent wish of the African youth is to see in Cameroon all the talented African players especially those playing in the European, Asian and US championships. To see all these talents take part without any discrimination", appealed Narcisse Mouelle Kombi, Cameroon's Minister for Sport.

The African Cup of Nations takes place between the 9th of January and the 6th of February 2022.