In the Democratic Republic of Congo President Tshisekedi has replaced the entire board of directors of Gecamines, including its president Albert Yuma, its director-general and deputy director-general.

On a personal level, the now-former boss of Gecamines is allegedly implicated in the Egal case,a company in which he is a shareholder and which embezzled 43 million dollars of public money to benefit Joseph Kabila's inner circle.

It has further been alleged that several transactions were made via a popular international bank in DRC linked to Mr. Yuma. His bank account alone has been alleged to have diverted as much as $8.8 billion in mining revenues over the years.

The DRC's enormous mineral reserves are critical to global supplies of lithium and cobalt, used in cell batteries and electric vehicles, tantalum, tin and gold in electronic devices, and copper for power lines and uranium.

Since his election, President Tshisekedi has been trying to implement new reforms in the mining sector in the country after years of embezzlement and accusation of employing underage children into it’s operations. 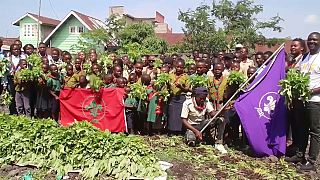