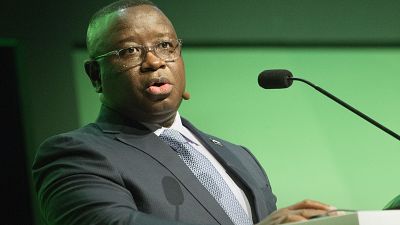 Sierra Leonean President Julius Maada Bio said he will introduce a bill that would permit MPs in the West African country to hold a foreign passport.

In a statement on Wednesday evening, Bio said that he had authorised the attorney general to introduce a proposed constitutional amendment to "allow dual citizens to be qualified to be elected as members of parliament".

The move comes after years of legal ambiguity in Sierra Leone over the right of dual citizens to run for office, with political parties forbidding candidates with foreign passports.

However, the Supreme Court ruled in September that dual citizens are allowed to run for parliament, after a suit brought by lawmaker Kandeh Yumkella.

Bio's government is now set to propose a consitutional amendment to clarify that right. It is not clear when the bill will be introduced.

“This is welcome news for us Sierra Leoneans in the diaspora with dual citizenship, who wish to participate in our politics in future,” Alie Turay, a Sierra Leonean national who lives in the US, told AFP via telephone.

A diamond-rich former British colony, the nation of 7.5 million people remains one of the poorest in the world.