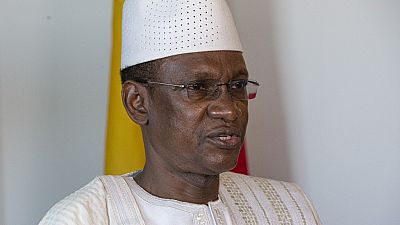 Mali will launch a nationwide debate on reform this month, an official document said, in what the army-dominated government views as a pre-condition for returning to civilian rule.

A "national forum on rebuilding" will kick off at local level on October 25 and then move into higher gear, at national level, between November 15-21, according to a government document seen by AFP late Thursday.

The war-torn Sahel country is facing international pressure to swiftly restore civilian rule after the military seized power in August 2020, and then deposed another civilian-led government in May.

Malian strongman Colonel Assimi Goita has pledged to hold elections in February next year, but his government has been slow to make preparations for the poll, casting doubt on the timetable.

With mounting criticism of a possible delay from the UN and the regional bloc ECOWAS, interim prime minister Choguel Kokalla Maiga said last month that an election-date decision would only take place after a national debate on what changes were needed.

The poll could be delayed by "two weeks, two months, a few months," he suggested, explaining that organising peaceful elections took priority over speed.

Military officers led by Goita ousted elected president Ibrahim Boubacar Keita in August 2020, after weeks of protests against the former leader, sparking fears of democratic backsliding across the region.

Under the threat of sanctions, the military appointed an interim civilian government to steer the country back to democratic rule.

This interim government pledged to hold elections in February 2021, as well as a constitutional referendum on October 31.

Goita ousted the leaders of this government in May -- in a second coup -- but promised to stick to the timetable.

But few now believe elections will take place on time, with the task complicated by Mali's rampant insecurity.

Swathes of the vast country lie outside of government control because of a jihadist insurgency that first emerged in the north in 2012, before spreading to the centre of the country, as well as neighbouring Burkina Faso and Niger.