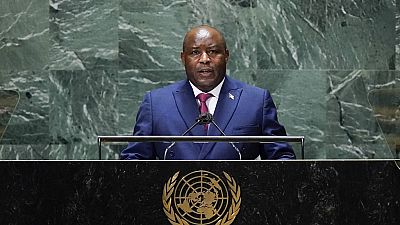 Burundi, one of the last three countries in the world to start inoculating its population against Covid-19, said on Thursday it expected to receive vaccines in a matter of weeks.

"We have with the African Union, the World Bank and UNICEF the promise that the first vaccines could arrive here between October 25 and the first fortnight of November, if all goes well," Health Minister Thaddee Ndikumana told reporters in Burundi's economic capital Bujumbura.

Only three countries have not yet started vaccinating at all against the coronavirus -- Burundi, Eritrea and North Korea.

The minister said the vaccination programme was part of a new six-month Covid-19 response plan developed with partners including the World Health Organization.

Ndikumana said the World Bank had donated 2.4 million vaccine doses to the country of around 12 million people, adding that getting the shot would be voluntary.

A WHO source told AFP that Burundi would be getting the one-dose Johnson & Johnson vaccine.

The minister had announced in July that Burundi had agreed to take Covax vaccines offered by the World Bank, but said the country did not want to be responsible for any side effects.

Burundi only rarely gives data on Covid infections, with the latest figures issued in July showing 5,723 cases and eight deaths.

Ndayishimiye and his predecessor Pierre Nkurunziza, who died suddenly in June 2020 amid speculation he had contracted Covid, had previously downplayed the gravity of the pandemic, saying God had spared Burundi from its ravages.