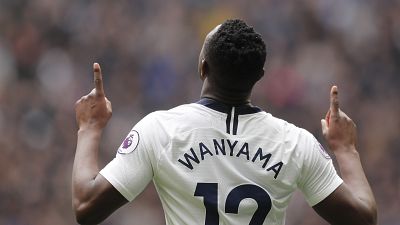 The 30-year-old former Tottenham midfielder said it had been a "really difficult decision" to leave the Harambee Stars.

"From making my debut against Nigeria to captaining the team at the Africa Cup of Nations finals in Egypt -- these past 14 years have gone beyond what I ever thought possible," Wanyama said in a statement on Twitter.

"The time has come to hand over the team to the next generation so that they too can make their mark and help our country reach even greater heights."

Wanyama joined Tottenham in 2016, quickly becoming a fan favourite through his physicality.

He was transferred to Major League Soccer club Montreal in March last year in a free transfer from Spurs, and previously had stints with Celtic and Southampton.