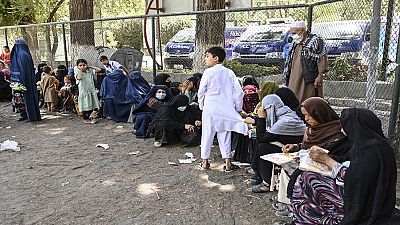 Uganda is ready to temporarily host Afghan refugees whose country has fallen under the control of the Taliban, the Ugandan Ministry of Foreign Affairs announced on Tuesday, indicating that this came after a request from the U.S.

The ministry gave no details on the number of people involved. "Discussions are continuing," it said, while Ugandan media reports put the number at 2,000 refugees.

"Following last weekend's events in Afghanistan, the U.S. government has reached out to several of its international partners, including Uganda, to assist in the likely need to temporarily house some Afghans and international citizens who may be evacuated," the Foreign Ministry said in a statement.

President Yoweri Museveni "has expressed Uganda's readiness to provide assistance, including (for) the temporary accommodation of some of those affected by the current crisis," the statement added, citing Uganda's "long history and tradition of hosting" refugees.

An official of the High Committee for Refugees (UNHCR) in the country told AFP that the UN agency had not been involved in the discussions, but said it was "ready to support" any arrival.

This move has drawn mixed reactions from lawmakers especially those from the opposition.

Ugandans weighed in on the matter with some supporting the move while some opposing it.

Uganda is one of the world's largest refugee-hosting countries, with nearly 1.5 million refugees and asylum seekers living there, the majority from South Sudan and the DRC.

Humanitarian agencies have in recent times highlight the lack of funding for refugee assistance in Afghanistan which has approximately 44 million people.

Albania and Kosovo also said Sunday they were ready to take in hundreds of Afghans, including women leaders, government officials and others potentially threatened by the Taliban, at the request of the United States. 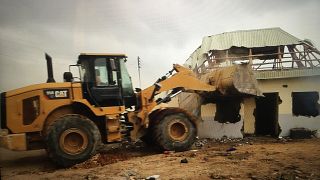