A heatwave broke temperature records in Tunisia's capital and elsewhere in north and centre of the North African country on Tuesday, according to the national meteorological institute.

The temperature in Tunis reached 48 degrees Celsius at midday (118 Fahrenheit), smashing the capital's previous record high of 46.8 degrees, registered in 1982.

The mercury hit between nine and 15 degrees Celsius higher than the seasonal norm in northern and central-eastern parts of the country, the institute said.

Temperatures are set to "fall progressively" from Thursday, it added.

Tuesday's highs follow a record high for the south of the country, where the temperature hit 48.5 Celsius on Sunday, according to the institute.

The health ministry has advised people not to venture out during the hottest hours of the day and to drink plenty of water, in a post on its Facebook page.

The agriculture ministry meanwhile urged farmers to take measures to protect their livestock and crops.

In neighbouring Algeria, some fifty fires have been sparked by the heatwave since Monday evening, killing dozens of people, according to authorities. 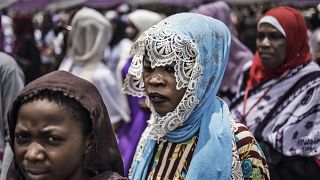