As the delta variant of COVID-19 continues to spread, many countries in the African continent have been struggling with a new wave of cases.

In June, the continent suffered the fastest surge it has experienced so far, with a record one million infections, according to the World Health Organization (WHO).

While richer countries have tackled rises in cases with large vaccine rollouts, Africa has faced a challenge, with the amount of doses recieved no where near the amount needed to vaccinate the adult population.

In Kenya's Kitui county, mourners grieved as a funeral was held for a 27-year-old woman who died from the virus.

Her father, Solomon Munyao believed that "her life could have already been saved" if there were enough vaccines and oxygen in Africa.

While the US and European countries have vaccinated around half of their population, Africa is still lagging behind.

Only around 3% of all the vaccines available in the world have been given to Africa.

Julius Oyugi, a virologist based in Nairobi, said that COVID-19 would likely continue mutating into new variants, posing a potential problem to vaccines. 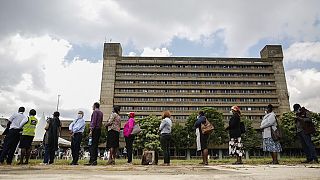 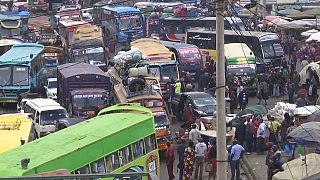