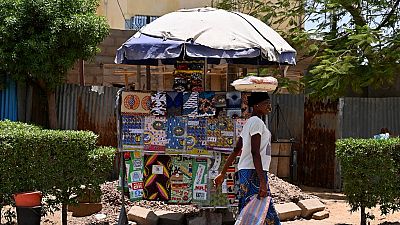 On April 20, the day after his re-election as President of Chad, the army announced that President Idriss Déby Itno, who had ruled the country for 30 years, had been killed on the front line against rebels.

Three months later, calm and order reign in this Sahelian country, which is crucial in the war against jihadists.

As soon as his death was announced, a junta of 15 generals proclaimed one of his sons, Mahamat Idriss Déby Itno - a 37-year-old four-star general - President of the Republic at the head of a Transitional Military Council (TMC). The junta also dissolved the National Assembly and the government, and abrogated the Constitution.

Although the CMT promised "free and transparent" elections at the end of an 18-month renewable "transition," uncertainty and concern hovered over a country facing various rebellions but whose army is one of the pillars of the war against jihadists in the Sahel, alongside France.

These concerns were quickly swept aside: the international community quickly endorsed Mahamat Déby and the CMT, with France in the lead, and the African Union (AU) did not sanction what the opposition denounced as a military "coup d'état.

But the promised "national dialogue," which is supposed to include even the most critical opposition, has not yet begun, despite the appointment in early May of a government headed by Albert Pahimi Padacké, the last Prime Minister of the late Idriss Déby.

A 93-member National Transitional Council (NTC), which the CMT said should be "appointed" quickly to assume legislative power and draft a new constitution, is still pending. Mahamat Déby and the 14 other generals continue to exercise most of the power, and the most critical opposition is unable or unwilling to mobilize the street. No more so than under Marshal Idriss Déby.

The latter was killed, according to the CMT, during fighting in the north between the army and the rebels of the Front pour l'alternance et la concorde au Tchad (Fact), who had launched an offensive on April 11, the day of the presidential election, but who were quickly repulsed according to N'Djamena and military sources in the region.

On the military front, it is quiet. Mahamat Déby accuses the Chadian rebels of being mercenaries in Libya and of being "trained by foreign forces. Togo did attempt to mediate between N'Djamena and various rebel groups in June, but to no avail. "In addition to FACT, there were two other armed groups represented, but there has been no follow-up since then," a rebel official who participated in these "meetings" told AFP, requesting anonymity.

In any case, the groups have set as a prerequisite "the release of prisoners and the fact that we do not recognize the new authorities," he adds. The positions of the government and the rebels seem irreconcilable for the moment.

On the political front, the AU has demanded that the transition not exceed 18 months before elections - and France is also asking for this - but in an interview in June with Jeune Afrique magazine, Mahamat Déby, while affirming that "the CMT is not intended to confiscate power," did not rule out an extension if the conditions for elections are not met: "the first is that we Chadians are able to get along" and "the second is that our partners help us finance the dialogue and the elections.

French President Emmanuel Macron was the only Western head of state to attend Marshal Déby's funeral and to appear at Mahamat's side at the time, whom he then received in Paris on July 5 to "reiterate his support for the transition" and promise "new budgetary aid" to his former colony.

"Chad really needs money, and on the model of Idriss Déby, the CMT knows how to use the fact that the country is deploying forces abroad to blackmail France," said Jérôme Tubiana, a French researcher specializing in Chad, who also points to the responsibility of the African Union.

"The AU could have been a means of pressure on the new authorities, but it decided to turn a blind eye," Tubiana said in an interview with AFP.

Mahamat Déby's reception at the Elysée Palace took place three days before a summit between France and the G5-Sahel countries, an anti-jihadist coalition spearheaded by the Chadian army, during which Paris reiterated its decision to gradually withdraw its troops from the region as part of its Barkhane operation in the hope that the armies of the Sahelian countries would come to the fore.