Thousands of activists gathered in the streets of Accra on Tuesday. They marched for justice in peaceful protest of Ghanaian President Nana Akufo-Addo's government and violence from the police -- who killed two and injured four demonstrators in the south of the country at the end of June.

Demonstrators chanted and held up signs that read: "Youths are unemployed and crying, fix the country!" or "Ghanaians are dying, Akufo-Addo wake up!

In the procession, a young protester and constituency organiser, Alisu Ibrahim, accused the police force of tyranny,

Ghana’s youth have been raising their voices against economic hardship in the country for several weeks via the #FixTheCountry hashtag on Twitter.

This demonstration was in response to a call by the National Democratic Congress (NDC) main opposition party.

This is the first major demonstration in the country since the Supreme Court rejected in March the appeal of NDC candidate John Mahama, who challenged the results of the presidential election won in December by incumbent President Nana Akufo-Addo.

According to the Electoral Commission, President Nana Akufo-Addo was re-elected with 51.59% of the vote against 47.36% for his predecessor and opponent John Mahama of the NDC. Only 515,524 votes separated the two candidates.

Faced with the growing burden of public debt and the fallout from the coronavirus epidemic, the government has imposed new taxes which -- combined with the rise in fuel prices, have provoked discontent among many Ghanaians, summed up in the hashtag #FixTheCountry. 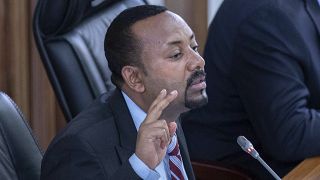