Ogier, fastest in the opening stage of the Safari Rally Kenya

Kalle Rovanpera finished in second place, 0.3-of-a-second off Ogier's pace, while Elfyn Evans made it an all-Toyota Gazoo Racing top three - the team-mates separated by less than a second.

The Hyundai's of Ott Tanak and Thierry Neuville were fourth and fifth fastest respectively, while Takamoto Katsuta completed the top six.

This is the first time the Safari Rally Kenya has been on the World Rally Championship calendar since 2002.

Sébastien Ogier set a hot early pace at Safari Rally Kenya on Thursday afternoon as the top three drivers were blanketed by less than a second at a thrilling opening in Nairobi.

As the FIA World Rally Championship returned to Africa for the first time in 19 years, the series leader was 0.3sec faster than Toyota Yaris team-mate Kalle Rovanperä in the curtain-raising 4.84km Super Special Kasarani on the edge of the capital.

Elfyn Evans completed a Toyota Gazoo Racing clean sweep of the top three, the Welshman a further 0.4sec back.

Ogier and Ott Tänak went head-to-head in the final frontline heat around the sweeping curves and jumps of the purpose-built track in front of an excited large crowd. Kicking up huge plumes of dust, Ogier beat the Hyundai i20 driver by 2.5sec.

“Tomorrow is going to be the real start. It has been amazing to see so much crowd. Tomorrow some tough stuff is coming,” warned the Frenchman at the stage finish as he eyed the punishing rocky roads to come.

Rovanperä, whose father, Harri, twice finished second on the gruelling Safari, was a clear winner over Hyundai’s Dani Sordo. Evans came out on top against Thierry Neuville, who conceded a few seconds after running his i20 wide.

Tänak’s pace was good enough to secure fourth, with Neuville 5.0sec off the pace in fifth and Takamoto Katsuta completing the top six. The Japanese driver was a further 0.6sec back, despite a briefly stalling his Yaris’ engine.

The stage followed a colourful opening ceremony in central Nairobi, with competitors flagged away by Kenyan president Uhuru Kenyatta and the cabinet secretary for sports, culture and heritage, Amina Mohamed. 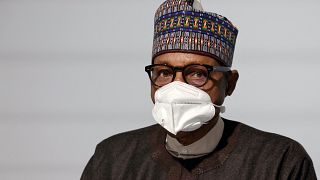