A welcome fit for a king for the former president of Côte d'Ivoire Laurent Gbagbo.

After ten years in exile, Gbagbo will finally return to his home country.

Upon his flight's arrival, he will go through the airport's VIP facilities to then be received at the presidential pavilion -- as announced on Monday by the politician's party at a press conference.

"Today I solemnly confirm that President Laurent Gbagbo will arrive in Abidjan on Thursday, June 17 2021 by scheduled flight from Brussels at 3.45 pm at Félix Houphouët-Boigny airport. "

Gbagbo has been acquitted of crimes against humanity by the International Criminal Court -- charges he faced after 3000 people lost their in electoral violence in 2010 when he refused to concede defeat to then-victor and current President Alassane Ouattara.

Assoua Adou continued his address to the media.

"You heard the other day that Tehini (North) was attacked (by terrorists) so Côte d'Ivoire is now in danger of destabilisation by jihadists. If we don't get along and someone goes out into the street and says, 'I am a victim', then we will all be lost. This is why the Ivorian Popular Front is resolutely committed to reconciliation."

The head of state Ouattara has extended this presidential courtesy to his old rival Gbagbo as a peaceful gesture to avoid renewed conflict. 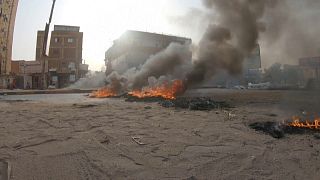