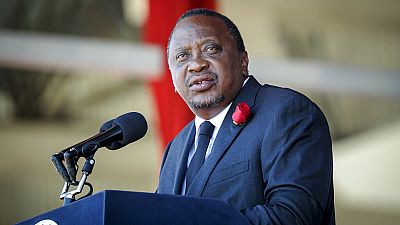 Kenya will reopen its embassy in Somalia "as soon as possible", Nairobi authorities announced on Monday, responding favorably to a proposal from their neighbour for the normalization of diplomatic relations between the two countries.

The Somali Minister of Foreign Affairs had sent a letter last weekend to his Kenyan counterpart inviting him to reopen the Kenyan diplomatic representation in Mogadishu, which was closed since December after Somalia broke off diplomatic relations between the two states.

The unilateral decision according to Mogadishu came "in response to Kenya's recurrent and blatant political violations against Somalia's sovereignty". The situation led to the expulsion of the Kenyan ambassador in Mogadishu while the Somali ambassador in Nairobi was recalled.

In a letter published Monday on its Twitter account, the Kenyan Ministry of Foreign Affairs announced "that the Government of the Republic of Kenya acknowledges and welcomes the invitation of the Federal Government of Somalia to restore diplomatic relations between Somalia and Kenya. The Kenyan government "will proceed to reopen its embassy in Mogadishu as soon as possible" and "invites the ambassador of the Federal Republic of Somalia to return to Nairobi and resume his duties," it added.

On May 6, the Somali government announced the resumption of diplomatic relations with Kenya. The authorities in Nairobi had simply indicated that they would "take note" of this initiative and "look forward to the continued normalization of relations by the Somali authorities.

The two East African neighbors, who share a 700-kilometre border and are in theory allies in the fight against Al Shabab Islamists, have had tumultuous relations.

Somalia has regularly accused Kenya of interference, while Kenya has accused Mogadishu of seeking a scapegoat for its internal problems.

The breakdown in diplomatic relations in December 2020 came as Kenyan President Uhuru Kenyatta received in Nairobi the president of the self-proclaimed republic of Somaliland, which is not recognized by the international community and which Mogadishu considers an integral part of Somalia.

The two countries also continue to argue over the delineation of their maritime border in the Indian Ocean, an issue to be decided by the International Court of Justice, the UN's main judicial body.

Another point of tension concerns Jubaland, the southern Somali state bordering Kenya. Kenya considers this region to be a buffer zone between its territory and the al-Qaeda affiliated Al Shabab, and supports the regional president, Ahmed Madobe, whose relations with Mogadishu are stormy.