Thousands of Congolese locals -- internally displaced after being forced to flee the city of Goma and its surrounding regions in the Democratic Republic of Congo.

This came after Mount Nyiragongo erupted on May 22 -- its lava destroying homes and even taking at least 30 lives and resulting in a humanitarian crisis.

The residents of the city were forced to evacuate again one week later when authorities raised the alarm over the chances of another volcanic eruption.

Many now grapple with lack of food, quality water and sickness in the cramped up -- and hopefully temporary, camp quarters of poor conditions.

People living in the camps can feel just how precarious the conditions are.

A group of women used a small dish with water to clean beans that will be later boiled if they have water to do so.

Inside a shelter in Mujoga, Aminata Subuwe and several women with little children sharing the space that became their temporary home.

"The volcano has destroyed everything, we have nothing, we don't have anything to cook. Even those who say they are bringing us food, it's not enough," she said while seated next to her daughter carrying a little bit of rice in her hands.

"With the children, life is very difficult here, even the sick people are here," Subuwe said.

Veronica Suzane, a widow who lives with two of her children, cooks food in one of the pots she rescued from her house before fleeing.

Her house was destroyed by the lava and now she lives in a precarious shack in Kayembe, eastern Democratic Republic of Congo, where thousands sought refuge.

Showing what is now her house, she explained how she has no option but to sleep on the floor and suffer when the rain comes because her roof has several holes.

Suzane explained that when there is no food, she just drinks water, though not even water is always available or of good enough quality.

"We are afraid of cholera, even malaria," she said, adding she's even lost weight since she left her house.

"We live in suffering, I don't eat and I suffer from a stomach that hurts a lot every day. When I don't know what to eat, sometimes, I take water. Today I haven't eaten anything."

North Kivu authorities gave the green light to those with inhabitable property to return home, while the rest will remain at the shelters in different regions.

Kizito Alexis, another person displaced by the eruption of Nyiragongo, has attempted to return home.

"Unfortunately, when we went back (to the house), everything was damaged and we didn't know what to do, that's why we came here to build a (temporary) house at Kayembe school (area)."

"There are already diseases because we don't even have toilets or water here," added Kizito Alexis, father of 4 kids who, together with his wife, is building a shack after losing their house.

Medical assistance is being provided by Members of Doctors Without Borders to displaced people in some of the affected areas -- where diarrhetic diseases, respiratory infections, malaria and suspected cases of cholera have been identified.

Magali Roudaut, the head of the Doctors Without Borders (MSF) mission in North Kivu province, outlines the current state of affairs.

"W see a lot of diseases linked to the water that is not of good quality, including diarrhetic diseases, and often a lot of malaria too. We see many respiratory infections. You have to know that the living conditions are a big part of this situation."

She added that the situation -- compared to the initial first days post-volcanic-eruption, has since steadily improved as more people return to their homes.

"We're still talking about a lot of people who need urgent health care, who need to have enough water, drinking water too. And then the minimum shelter, the food. It's still considered a precarious situation."

The last eruption of Mount Nyiragongo, one of the world’s most active volcanos, was in 2002, leaving hundreds dead.

The lava coated the airport runways and also left more than 100,000 homeless in the aftermath. 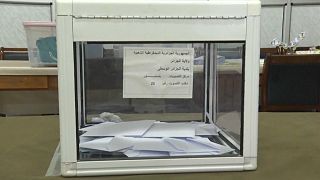