A distraught family in Mozambique is sharing the chilling story of the abduction of their daughters.

Jihadists roaming parts of northern Mozambique for almost 4 years kidnapped dozens of children in 2020, according to British charity organization, ‘’Save the children’’.

Nura is the mother of a kidnapped child. She recalled what happened on the day the children were kidnapped.

"They took our daughters and locked them in different houses. And took us and locked us in another house. Later, they came back and took the girls who interested them. They left the women inside the house. In the evening, after they'd taken our daughters away, we broke out of the house", the 42-year old mother said.

‘’ Save the children’’ said at least 51 children, most of them girls were captured in the Cabo Delgado province.

Violence broke out here in 2017, where Islamists attack have displaced some 700,000 people.

Sebastian is a fisherman and father of a kidnapped child. He has been praying to God for the return of her daughter, he said.

"I don't know anything. I pray to God to protect my daughter. If she can find a way, I hope she can run away to this place. But if she can't find a way to come here, I will be very sad", Sebastian said.

In March the Islamic-State linked militants launched a coordinated assault on Palma town. They killed dozens and forced more than 67,000 to flee their homes.

Nearly half of those displaced are children, and the true number of child abductions could be far higher than the reported cases.

In one of the attacks in June last year, 10 girls were taken while drawing water from a well, Save The Children said.

"Being abducted, witnessing abductions, experiencing attacks, being forced to flee from armed groups -- these are extremely traumatizing events for young children and adolescents," the charity's country director Chance Briggs said in the report.

In a report published Wednesday, ‘’Save the Children’’ called for the urgent release of all abducted children and for perpetrators to be held accountable. 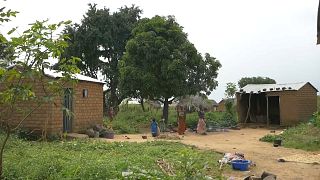 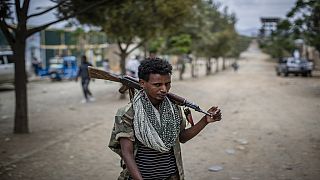 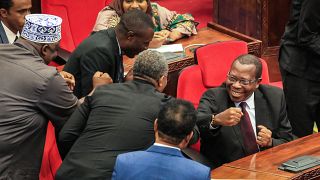