TThe lions of Senegal retain their crown in the 2021 African Beach Soccer Cup of Nations.

The hosts played against Mozambique on Saturday in their home city of Saly.

Raoul Mendy and his team showed Mozambique that they are the kings of African Beach Soccer.

Senegal won without trembling the 10th edition of the CAF with a 4-1 victory and their third successive title.

"As they say, the objective has been reached but there is another objective that everyone knows, it is time that we enter the aces of the World Cup."

On the Mozambican side, losing this final is not a big deal. On the contrary, the team's coach prefers to stay positive. After all, it's not every day that a novice team reaches an African Nations Cup final.

“I’m not disappointed, I’m very happy because this is the first time Mozambique have qualified for the Africa Cup of Nations and we have defended the country well in this competition.

"But the best team won tonight, Senegal. So I'm very happy because we lost against the best team. But next year, we will try to do better because the CFN will be played at home. We hope to achieve the same performance and make it to the final."

"A week of competition, pressure and a championship, a worthy winner in Senegal. The Lions of Teranga who win their sixth title in this competition.

"They beat Mozambique in the final with 4 - 1. A courageous Mozambican team which was a surprise in its first participation. And a consolation prize precisely for this team who will accompany Senegal to the next World Cup, which will be next August in Russia." 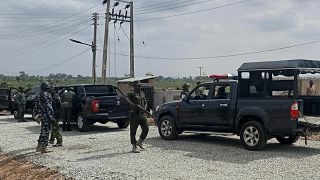 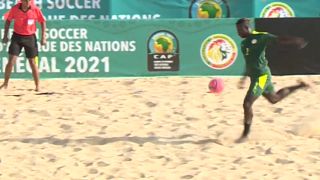