A step towards a permanent ceasefire between Israel and Hamas? Israel's foreign minister Gabi Ashkenazi landed in Cairo on Sunday to discuss that possibility.

The Israeli FM said a permanent ceasefire would be discussed as well as a mechanism for providing humanitarian aid & the reconstruction of Gaza.

He also noted that his government was "fully committed" to repatriating Israeli prisoners held by Hamas.

Egypt played a pivotal role in brokering a ceasefire earlier this month between the Israelis and Gaza's Palestinian Islamist rulers Hamas, bringing an end to 11 days of intense fighting.

Senior Egyptian security officials confirmed to AFP Sunday that Hamas's leader Ismail Haniyeh would also be in Cairo for discussions but would not provide further details.

"President (Abdel Fattah) al-Sisi instructed the general intelligence chief to discuss with the Israeli Prime Minister (Benjamin Netanyahu) and concerned authorities the fixing of a permanent ceasefire and the latest developments on the Palestinian front," they said.

Sisi, who has restored his country's role as a regional heavyweight, also tasked Kamel with ending political divisions between rivals Hamas in Gaza and Fatah in the West Bank, the officials said.

Palestinians have been politically divided between Hamas and its Fatah, but analysts say the latest escalation in the Israeli-Palestinian conflict has served to unite the geographically fragmented Palestinian community in a way not seen in years.

The flare-up was the result of increased tensions in Jerusalem, including over Israeli security forces cracking down on Palestinians inside the Al-Aqsa mosque compound, Islam's third holiest site, which is also revered by Jews as the Temple Mount.

Rockets and other fire from Gaza claimed 12 lives in Israel, including one child and an Arab-Israeli teenager, medics said.

Sisi has pledged $500 million to help reconstruction efforts in the densely populated enclave, which was pummelled by Israeli air strikes. 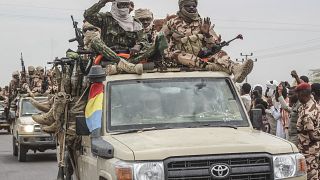 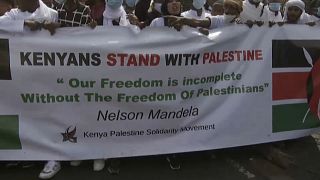 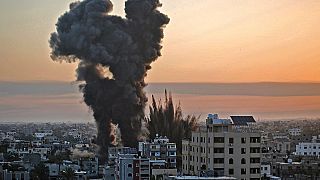