The Central African Republic, one of the last countries in the world to receive COVID-19 vaccines, has finally launched its immunization campaign on Thursday.

The CAR received 60,000 doses of AstraZeneca vaccines thanks the COVAX intiative.

Authorities began the vaccinating at risk populations, such as health workers, the elderly and people with pre-existing conditions.

"I take this opportunity to launch an appeal to all the Central African population who are eligible for this vaccination, to present themselves at the various health centres, to organise for this purpose in order to benefit from the first vaccine" Firmin Ngrébada said after receiving his first dose of the vaccine.

A second shipment of vaccines should soon arrive to help further immunize the 6 million citizens of the Central African Republic.

But until then, health authorities will have to deal with the limited amount of ressources at their disposal.

"Considering the limited quantity of vaccines, this inaugural phase of the national campaign will focus on 60,000 people - a number that corresponds to the doses received -specifically health workers from the most exposed localities, the elderly or those with diseases", Minister of Health and Population Pierre Somse explained, in a statement following his innoculation.

The situation of the pandemic in Central African Republic has grown more worrying in the recent months. Depsite having only registered 7,000 cases and 96 confirmed deaths, new contaminations have skyrocketed.

In the first four months of 2021, the CAR recorded twenty times more cases than it did in the last quarter of 2020, according to the Presidency.

While health officials welcomed the launch, some residents had lingering doubts about receiving the AstraZeneca vaccine.

"The epidemic is spreading deep into the villages," President Faustin Archange Touadéra said in a statement on Wednesday, expressing concern about a "threat that has a worrying destabilising potential and whose magnitude is increasing every day. 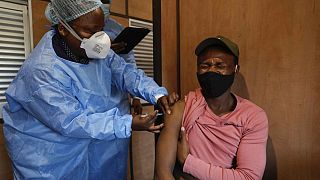 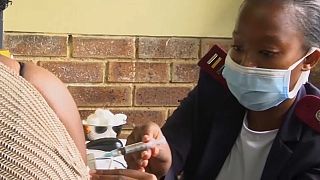 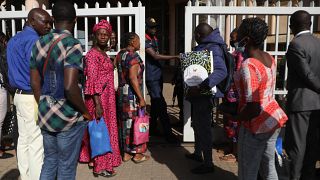