A trial against Guillaume Soro and 19 of his relatives, accused of "plotting against state security", opened on Wednesday at the criminal court of Abidjan-Plateau.

Soro and some of his accused relatives are currently outside the country. They are accused of having fomented a "plot against state security".

The prosecution is also charging them with "participation in an armed gang without exercising any command, unauthorised possession of firearms of the first category and acts of manoeuvre likely to compromise public security".

But defence lawyers in the case are absent in the trial having announced their refusal to participate saying they will not lend their support to a "sham trial".

Guiilaume Soro, was once an ally of President Allassane Ouattara. He commanded a rebel force which backed the current president in his fight against President Laurent Gbagbo, who refused to accept he had lost the 2010 elections. 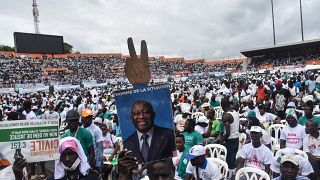