Sozo Ange and Inao Steave are migrants from the Ivory Coast and have been in Sfax in Tunisia for two years with their child.

Their story is not unique, as an increasing number of Sub-Saharan Africans who seek opportunities arrive on Tunisia's shores.

But with the coronavirus pandemic hitting Tunisia hard and the crisis since the revolution, the jobs and opportunities they seek are hard to find.

Inao works in a Bakery and Sozo says her best shot would be finding work as a cleaner just to earn enough to share a tiny room with several others.

Both are considering trying to make the dangerous crossing to Europe to change their fortunes.

"I'll leave here with my family, it is make or break, " Ange said, breastfeeding her son.

"I'm looking for a better future for my family...to have, what do you call it, a bright future for the child! Being here, it is not easy! It is not easy," said Steave.

The Tunisian Coast has seen a peak in migrant departures in recent months and for the first time, the majority of migrants on the boats are not Tunisians.

During the first quarter of 2021, more than half of those arriving in Italy from Tunisia were mostly citizens from sub-Saharan African countries, according to the Tunisian rights organisation FTDES.

So far this year at least 453 migrants have died trying to reach Europe from North Africa, the International Organization for Migration says.

Around 100 of those had set off from Tunisia's port of Sfax.

Prista Kone, also from the Ivory Coast, tried to make the crossing last year but her boat was intercepted.

She found work as a housekeeper in Sfax but has found life tough and has been a victim of racism.

"Making decisions that hurt our families, (that risk) putting our families in mourning day and night, is so difficult. In other people's eyes, it's frowned upon to cross the Mediterranean," Kone said.

For many it's "Europe or death," said Oumar Coulibaly, head of the association of Ivorians in Sfax

"When sub-Saharans arrived here, it was not necessarily for the crossing. There are many who came to Tunisia to work," he said.

But they were not told the truth. They were promised huge salaries when they were in the country. Some of them even sold their businesses, which were well placed there. When they arrived here, they realised that they had been lied to, so they had no choice!"

Catholic aid agency Caritas says smugglers are luring migrants with false tales jobs are easier to find in Europe, claiming the virus has decimated the population.

With seas calmer in the looming summer months, many expect more Tunisians to risk the crossing. 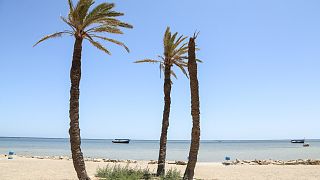 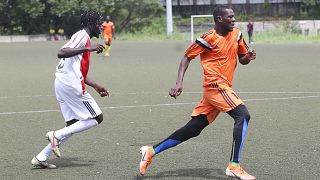