Chad's slain President Idriss Deby Itno was buried Friday near his hometown after a state funeral in the capital, N'Djamena.

Many Chadians came to mourn and pay their respects to their late leader as the ceremony took place at Nation's Square in N'Djamena.

French President Emmanuel Macron and Congo's President Felix Tshisekedi, the current chair of the African Union, were among the heads of state at the ceremony for the late president who ruled the Central African nation for 30 years and died at age 68.

Deby, an important ally to Western nations in the fight against Islamic extremism in Africa, was fatally wounded this week while visiting the front lines of the battle against the rebels, a military spokesman has said.

Both opposition leaders and the rebels accused of killing Deby say they aren't happy with what they say amounts to a coup after power was handed over to Deby's son, 37-year-old Mahamat Idriss Deby, to lead an 18-month transitional government.

After the state funeral and prayers at the Grand Mosque of N'Djamena, Deby's body was taken for burial to Amdjarass, a village about 1,000 km (621 miles) from the capital. 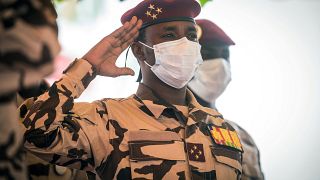 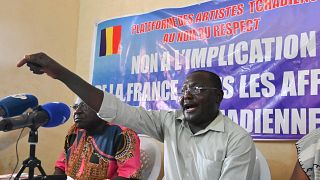