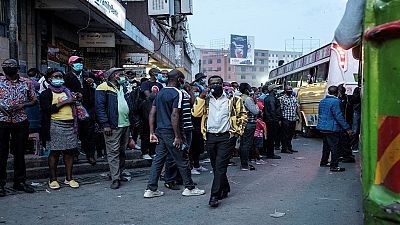 Dozens of police erected barricades on various major roads and highways to nab on motorists past 8 pm local time, the time when curfew begins.

Hundreds of Kenyans caught up past the curfew time were stuck in traffic for hours.

Those caught up in traffic included students, essential workers and patients being rushed to the hospitals.

President Uhuru Kenyatta on March 26 announced a ban on all inland travel in the capital Nairobi and out four other counties.

The new restrictions meant no road, rail, or air transport will be permitted in Nairobi, Kajiado, Kiambu, Machakos, and Nakuru.

Special passes that allowed people to travel during curfew hours were also revoked.

Kenya’s Covid-19 cases were on a steady rise till the end of March.

"According to our health experts, our third wave started to gain strength in early March," said Kenyatta.

A number of Kenyans express their displeasure with the new crackdown, citing several reasons including lack of commuter services from the capital.

Kenyatta also ordered the closure of bars and schools in Nairobi.

"Whereas the foregoing measures will have a negative impact on the economy, these measures are temporary... the cost of not acting now will be much greater," Mr. Kenyatta said. 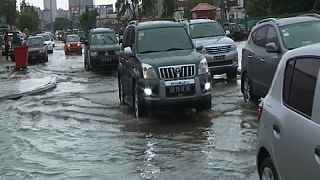