Cape Verde Prime Minister Ulisses Correia e Silva, who is running for re-election in this week's legislative elections, says he is "confident" he will win "with an absolute majority", arguing that government stability is important for the country, and also "good for our oil, our diamonds.

"We are confident in the sense that we can achieve victory with an absolute majority that will allow for government stability in parliament, because this is very important for the country. Stability is fundamental because the country depends on trust and stability. This is good for the people, the citizens, the investors, and our partners. It's our oil, our diamonds: democracy, stability, security."

Ulisses who says his priority when reelected is to beat Covid , runs againstJanira Hopffer Almada of the African Party for the Independence of Cape Verde.

She took to the streets to invite her supporters to go to the polls in a cheerful and festive atmosphere, in spite of restrictions related to the coronavirus pandemic.

Since the official start of the election campaign, some of the political parties in the running have been trying in vain to obtain an agreement to ban rallies, citing the Covid-19 pandemic, without success.

The CNE officially banned rallies, but did not react to events held by the ruling party and PAICV candidates.

The parties are competing for control of the 72-seat national assembly. 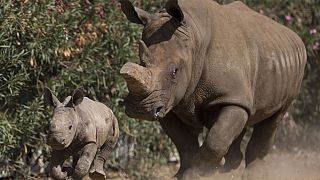