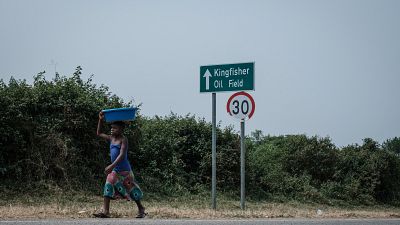 The decision will unlock billions of dollars of investment in Uganda’s oil and gas sector.

Total chief executive Patrick Pouyanné, is expected in the country over the weekend, the newspaper said, quoting officials from Uganda’s energy ministry.

The deal will also pave way for the construction of the 1440km crude export pipeline from Western Uganda to the Tanzanian Indian Ocean Port of Tanga, a key piece of infrastructure needed to get the east African country’s oil out of the ground and on to international markets.

Tanzania’s President Samia Suluhu Hassan is also traveling to Kampala to take part in the three-way talks that should culminate in the signing of the deal.

This will be President Samia’s first state visit since she replaced the late John Pombe Magufuli who died on March 17.

Magufuli was due in Kampala on March 22 for the signing of the pipeline deal between the governments of Uganda and Tanzania and the French oil giant Total, the lead investor.

Following his death, Uganda announced that the ceremony had been postponed to early April.

France’s Total, China’s CNOOC, the governments of Uganda and Tanzania are shareholders in the pipeline project.

As much as $10 billion in investment is expected to flow into Uganda when the FID is closed.

Uganda discovered commercial oil deposits in its mid-western region over 14 years ago but extraction has delayed due to the protracted negotiations with the oil majors.