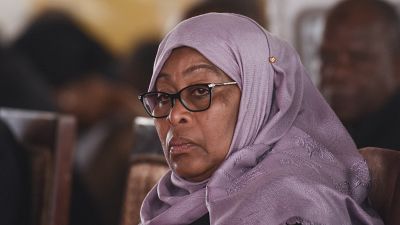 Major changes could be in the offing to Tanzania’s response to the coronavirus pandemic. On Tuesday, President Samia Suluhu Hassan said she would name a committee of experts to advise her government on anti-virus measures.

“On the issue of Covid-19, I think I should form a Committee of experts to look at it professionally and then advise the Government, it should not be silenced or rejected or accepted without professional research,” she said.

Authorities last released data on Covid-19 almost a year ago with data then showing that Tanzania only had 509 cases.

Samia’s predecessor, late President John Magufuli then declared that the east African country had no Covid-19.

Tanzania did not require people to wear masks or practice social distancing. There were no restrictions on gatherings or movements either.

But after pressure from the World Health Organisation (WHO), the country acknowledged in February that it was dealing with cases of the disease.

“Tanzania needs to have its own understanding of where we stand on the issue of Covid-19,” Samia said. She was speaking at a ceremony to swear in government ministry officials in Dar es Salaam.

No Covid vaccines have arrived in the country to date.

In another major policy change, Samia directed the information ministry to reopen media houses closed during her predecessor’s reign.

“I am told you revoked licenses of some media outlets, including some online television stations. You should lift the ban but tell them to follow the law and government guidelines,” she said.

In 2017, Tanzanian authorities banned four newspapers for what they termed as “dissemination of false information” and “threatening national security.”

In a 2019 report, human rights warned that the east African country was clamping down on independent journalists, activists and the political opposition.