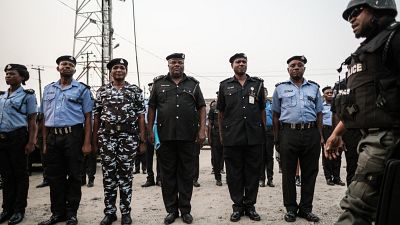 Nigerian police have launched a radio channel in a bid to better their relations with the public.

Nigeria’s Inspector-General of Police IGP Mohammed Adamu said the channel will help strengthen the bond between the security element and the public following the recent protests against the police.

The FM station 99.1 is expected to enhance the security and safety of Nigerians according to IGP Adamu.

He further said that the radio station will serve as a veritable avenue for Nigeria Police to engage, enlighten and inform the public about policing and other security-related matters.

The launching ceremony was attended by several top government officials including the Minister of Information Alhaji Lai Mohammed and the Senior Special Assistant to the President on Media and Publicity Mallam Garba Shehu.

The move to create the channel came after a recent protest by aggrieved Nigerian youths who were calling for the dissolution of the Special Anti-Robbery Squad — a unit of the Nigerian Police Force accused of serious human rights violations.

This lead to a top trending hashtag #EndSARS on Twitter both in Nigeria and worldwide calling to an end to police brutality in the western African country.

The Nigerian police later disbanded the Special Anti-Robbery Squad on the evening of October 11, 2020, following days of demonstrations against the police unit by Nigerian youth.

The wave of protests in October had been the biggest display of people's power in years in Africa's most populous nation as young people gathered to demand broader changes.

The huge highway tollgate at Lekki in Lagos became the epicenter of the protest movement with musicians and celebrities joining rallies there during weeks of demonstrations. 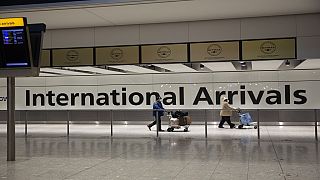