Armed men have killed at least 40 people in raids on villages near Niger's border with Mali, an area that has seen increasingly deadly attacks by armed groups with links to the Islamic State and al-Qaeda.

The attacks occurred on Sunday in three villages in the Tahoua region, abutting the Tillaberi region in the so-called “tri-border area” -- a flashpoint zone where the frontiers of Niger, Burkina Faso and Mali converge.

“Armed men arrived on motorbikes and shot at everything which moved. They attacked Intazayene, Bakoarate and Wistane and surrounding areas” on Sunday, a local official said.

The insurgencies in West Africa's Sahel has killed hundreds and nearly half a million people have fled their homes.

On March 15, 66 people were killed in the Tillaberi region when suspected jihadists attacked a bus carrying shoppers from the market town of Banibangou, and then raided the village of Darey-Daye, killing inhabitants and torching grain stores.

On January 2, 100 people were killed in attacks on two villages in the Mangaize district of Tillaber.

The massacre, one of the worst in Niger’s history, occurred between two rounds of the country’s presidential election.

A 5,000 strong French counterterrorism offensive targets the militants, including some in a group aligned with the Islamic State known as ISWAP -- an offshoot of Boko Haram.

The Nigerien government did not immediately confirm the latest attack 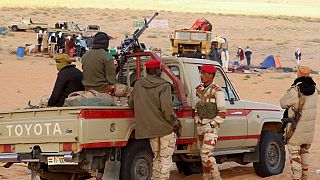 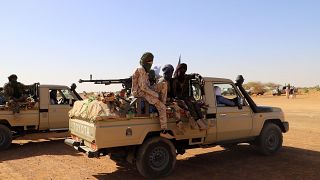