Tanzania still in mourning as presidents of various African nations on Monday including South Africa, Kenya, Zimbabwe and the Democratic Republic of the Congo, gave speeches at the state funeral of the now-deceased Tanzanian Head of State Dr John Pombe Magufuli — whose sudden death at the age of 61 was declared on Wednesday.

It was officially communicated by the government that he had died from a heart condition — although opposition leader Tundu Lissu alleges his passing was attributed to coronavirus related complications.

After the public viewing of the late president's body on Monday in the capital Dodoma, his remains will be flown to the northwestern city of Mwanza and from there to his hometown of Chato where he is due to be buried on Friday.

Magufuli had denied that COVID-19 was a problem in Tanzania, although in the weeks before his death, he acknowledged that the virus was indeed a danger. 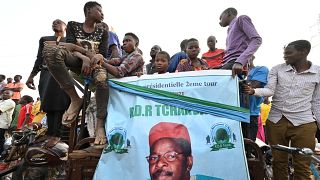