Ghanaian opposition leader John Mahama says he disagrees with the Supreme Court's decision to reject his challenge to the December 7 presidential election result which said allegations of fraud lacked evidence.

He accused the electoral commission of inflating the vote tally in favour of the 76-year-old President Nana Akufo-Addo.

"This is a clear stab in the heart of transparency and accountability to the sovereign people of Ghana, but also on our nation's electoral system, which has deepened the grave doubts harboured by many Ghanaians about the true outcome of the December 2020 presidential elections," Mahama said on Thursday.

"The refusal to account to Ghanaians further sets the worrying precedent, and I do really worry about this dangerous precedent that may allow other heads of state institutions to adopt an approach of opacity and non-accountability in their work, just because they know they can rely on unconvincing interpretations of our laws to shield them from scrutiny in the near future when they are held to account," he added.

"We have therefore no reason to order for a re-run. We accordingly dismiss the petition as having no merit," Chief Justice Kwesi Anin Yeboah said.

Ghanaian and foreign observers viewed the vote as generally free and fair, and President Akufo-Addo has called on the opposition to turn the page.

The current Head of State said after the announcement of the election results:

"The Ghanaian people through the results have made it loud and clear that the two parties, the NPP and NDC, must work together especially in parliament, for the good of the country."

It is not uncommon for election results to be contested in Ghana — where Akudo-Addo and Mahama were running against each other for the third time.

In 2012, it was Akufo-Addo who contested the victory of Mahama. After eight months of deliberations, the Supreme Court rejected his claim and upheld Mahama's win.

Parliamentary elections were also held on December 7, resulting in a vote split down the middle, with the two main parties winning 137 seats each.

Election-related violence claimed five lives, and some of the political rhetoric, in a country that stands out as a stable democracy in volatile West Africa, has been white-hot.

On January 6, mayhem broke out in parliament after a lawmaker from the ruling party tried to seize the assembly's ballot box during the vote for speaker.

The ensuing clash lasted several hours until the army moved in, with national television broadcasting the drama live.

Mahama, in the election's immediate aftermath, accused Akufo-Addo of abuse of power, saying the armed forces "featured heavily as an intimidating measure" to skew the outcome.

Analysts have warned of the risk of legislative deadlock at a time when Ghana is desperate to rebound from the economic impact of the COVID-19 pandemic.

The government also faces the task of reining in debt, which has exceeded 70%of GDP and control rising inflation. 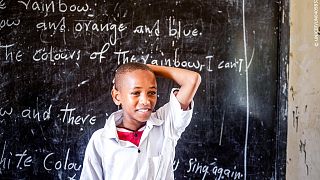 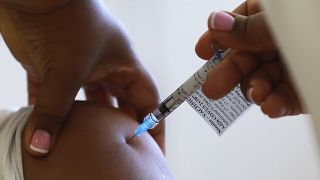