A preliminary study conducted in South Africa has shown that people infected with the variant of the coronavirus, known as the South African variant, have better immunity to other mutations of the virus.

The study was carried out by the country’s scientific team that discovered the variant 501Y.V2 and  raises hopes that vaccines modelled on the strain could protect against future mutations.

The study which involved a very small number of people, has yet to be submitted for evaluation by the scientific community.

According to data from the study, only 4% of the 55 persons already infected with 501Y.V2 could not overcome infection with the original strain of the coronavirus.

The new variant, which is said to be more contagious, was identified in South Africa at end of last year.

It fueled a second wave of infections in the country with the most covid-19 confirmed cases on the continent.

'' Good news for everyone''

South Africa's Minister of Health, Zweli Mkhize has described the discovery as "good news for everyone". He said it represented hope for progress towards controlling the pandemic.

According to the study, the antibodies generated by the South African variant were also 100% effective against the Brazilian variant in a very small sample of seven patients.

Mutations in the new coronavirus, some of which appear to be more contagious, have dampened enthusiasm for vaccination campaigns, with some vaccines appearing to be less effective against them. Manufacturers have recently made minor modifications to their vaccines to adapt them to the mutations.

The US laboratory Moderna recently announced that it would begin a clinical trial in mid-March of a version of its vaccine specifically adapted to the South African variant. 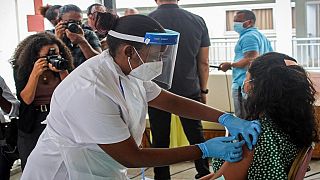 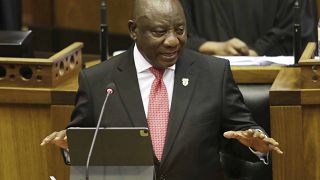