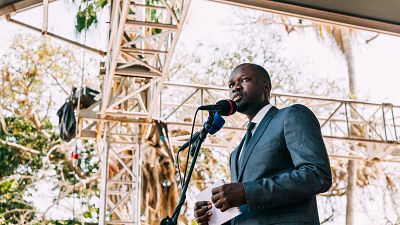 Senegal's parliament on Friday voted to lift the immunity of leading opposition MP Ousmane Sonko, who has been accused of rape, allegations which he denies.

Sonko, 46, finished third in the 2019 elections that saw President Macky Sall win a second term in office and is considered Senegal’s most prominent opposition figure.

A handful of his supporters protested in the capital Dakar on Friday and burned tyres, an Africanews correspondent said.

It comes after protesters clashed with police two weeks ago over the saga.

Sonko is now expected to face criminal charges after a beautician accused him of rape.

Senegal's 165-seat parliament voted to lift his legal immunity, with 98 MPs voting in favour of the motion, one voting against and two abstaining, according to local radio.

During a press conference on Thursday, he said he would not speak to police investigators, citing procedural irregularities in the lifting of his immunity.

"If Macky Sall wants to get rid of me, he must, for once, agree to get his hands dirty," Sonko said.

But he has previously pledged to cooperate with the police.

Sonko denied the allegations on February 7 in a Twitter post and accused Sall, who is serving his second term in office, of conspiring against him.

Sonko said he had visited the salon to receive a massage to relieve back pain and said the rape accusation was an "attempt at political liquidation," adding that two people had always been present during the massage. 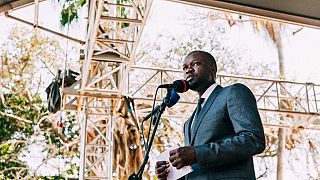