Her name is Germaine Acogny known and she has been popularly described as "the mother of African contemporary dance," On Tuesday the Franco-Senegalese dancer and choreographer was awarded The Golden Lion of Dance 2021.

The 76-year-old dancer, "believes in the ability of dance to change people's lives and has always been committed to sharing her passion as an act of transformation and regeneration.

"We were having one-day dinner and I said 'Germaine you are 70 years old, would you like to be my Black Elected Maiden ?' And she told me 'This chance I will never let go I will take it. I've got to say a big yes !' There were tears in our eyes. And I said 'OK let's go'. So we started like this together," Olivier Dubois, Choreographer, and Director, Ballet du Nord said.

With her husband Helmut Vogt, she created the École des Sables, an international center for traditional and contemporary African dance.

"I do not know what will remain or if I will be forgotten. I will have passed like a flash of lightning. But I don t think that will be the case since I have left my technique and a school. People will remember me through exactly all the 'sublists to whom I gave the chance to make their living through their art," Acogny said.

The school opened in June 2004 in Toubab Dialaw, Senegal. Germaine has also created numerous shows for her company JANT -BI, with whom she has toured the world. 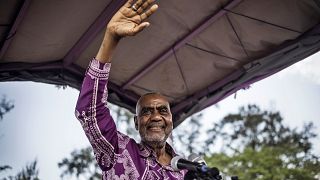 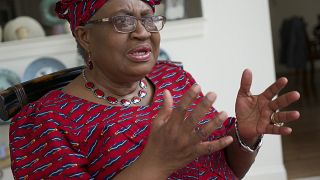