At least three people have died from Ebola in Guinea and five others have tested positive in the first possible resurgence of the disease since the outbreak in 2013.

They fell ill with diarrhoea, vomiting and bleeding, some of them contracted the disease after attending a burial in the southeastern region of Nzerekore.

The head of Guinea's health agency, Sakoba Keïta, said on Sunday the country was in the midst of an Ebola "epidemic situation".

"There were a total of seven cases, including three deaths. Of the seven, four were men and three were women. Three were isolated, one in Conakry and two in Nzérékoré," he said.

"Some people who took part in the funeral began, a few days later, to experience diarrhea, vomiting, bleeding and fever."

The World Health Organization's Africa director, Matshidiso Moeti, said in a Tweet she was "very concerned" and is ramping up readiness and response efforts for Guinea.

The Democratic Republic of Congo has also reported several cases this month.

Ebola vaccines have helped curb the disease over the years.

WHO chief Tedros Adhanom Ghebreyesus tweeted the agency had been informed of suspected cases of the deadly disease in Guinea.

It can also be spread indirectly through contact with contaminated environments. 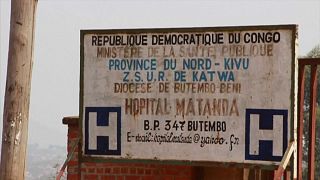 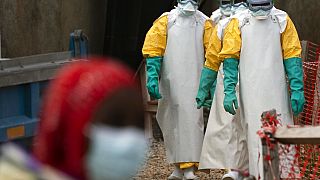