Undeterred by being arrested three times in six months for tweets protesting about graft, outspoken Zimbabwean journalist Hopewell Chin'ono has turned to songs to get his message across.

In a video that has now gone viral, Chin'ono released a short free-styled reggae dance-hall track, titled Dem Loot -- "They Loot" -- in which he chastises rampant state corruption in the southern African country.

The song has sparked a #DemLootChallenge on Twitter and prompted versions in other genres including Jazz and Acapella.

Chin'ono is seen looking poker-faced in his study as he sings in a mix of pidgin English and vernacular Shona, one of Zimbabwe's official languages.

Chin'ono said he recorded the "spur-of-the-moment" track just three days after exiting the gates of a maximum security prison, where he had been held for nearly three weeks in pre-trial custody on charges relating to a tweet.

"I was in my study (and) was just playing music and then I started singing about this because it was on my mind," he said, referring to shortages of protective gear in Zimbabwe's hospitals.

"And I just sort of compressed what I was thinking about during the day into a song and then posted it on Twitter and it went viral," he told journalists.

He was surprised by the response to what he thought "was a Sunday joke -- the message is something I say everyday on Twitter and Facebook."

In November, he was picked up for pre-empting a judicial decision before it was handed down.

And on January 8, he was arrested for a third time for sharing a video he claimed showed a police officer beating a baby to death. 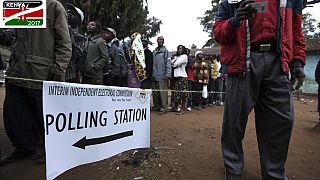