Tunisia Struggles with the Second Wave of the Pandemic

Tunisia sees its doctors concerned about the continuous increase in the number of Covid-19 patients which is putting a strain on the country’s fragile health system.

The Ministry of Health reports 50 to 100 deaths a day, compared to a total of 50 between March and July last year, and it is becoming increasingly difficult to handle very serious cases.

Patients can sometimes have a 72-hour wait before an intensive care bed opens up — and unfortunately, some even pass away in the emergency room.

"Priority is given to choosing patients who are more likely to survive. At first, this was not something that was welcomed with open arms, some colleagues, sometimes, did not understand. It's true that everyone has the right to live, but a resuscitation place is very, very precious, and we find ourselves in the situation where we choose between the patients."

Bring on the COVID-19 Vaccination Campaign

Tunisia’s vaccination campaign — initially scheduled for April, is due to begin in mid-February, several weeks after the neighbouring countries of Morocco and Algeria.

The comes after the Tunisian government announced the arrival of 94,000 doses of the German-US Pfizer vaccine and AstraZeneca vaccines in February.
Negotiations are also underway to obtain Russian Sputnik V vaccines, which have just been authorised in Tunisia.

Pr Jalila Ben Khelil, the Deputy Head of the intensive care unit at Abderrahmen Memmi hospital, appears to have a realistic outlook on the current situation, "The next few weeks are going to be tough! The next few weeks in Tunisia will be very hard, we know that."

Tunisia has suffered from perceived low diplomatic clout and political instability and the country has seen three health ministers changes since the onset of the pandemic. 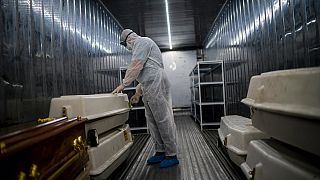 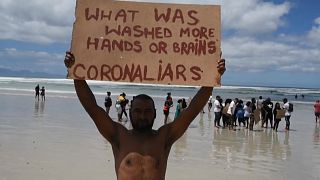