This week has seen fast-moving political developments in Kinshasa, capital of the Democratic Republic of Congo.

Prime minister Sylvestre Ilunga lost a no confidence vote in parliament, and subsequently resigned on Friday.

Analysts have said that the dismissal of Ilunga means that President Felix Tshisekedi has effectively cut any political links he had left with former leader Joseph Kabila's Common Front for Congo (FCC) party.

"His removal from office confirms above all the reversal of the balance of power that has been observed for several months now between former President Joseph Kabila and the new Felix Tshisekedi", said Trésor Kibangula, an analyst at the Congo Study Group.

Tshisekedi, who entered the alliance at his controversial election in late 2018, has accused allies of Kabila of seeking to undermine his rule. He says they have severally frustrated his reform program.

Tshisekedi ended the coalition deal with the FCC last December.

He looks determined to emerge from Kabila's shadow and assert himself in Kinshasa.

Our journalist Ruth Lago interviewed Trésor Kibangula, an analyst at the Congo Study Group for his thoughts on what to read from the events of the last five days in the Congolese capital.

(Watch the interview in the player above) 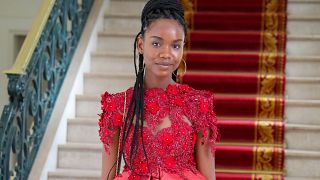