Former Ghanian leader Jerry Rawlings was buried with military honours at a state funeral in Accra on Wednesday.

The 73-year old held power for 20 years, first as a military ruler and later as elected head of state.

The former air force pilot was given a guard of honour at Independence Square.

He died in November after a short illness.

Hundreds of Ghanaians earlier this week paid their final respects as his coffin laid in state during two days of national mourning under strict COVID-19 protocols.

"You took pride in your fatherly duties... you're passionate and open-hearted," said his widow Nana Konadu Agyemang-Rawlings in a tribute.

"Your gift of sharing knew no bounds. You never hesitated to help in the passing of laws to protect the vulnerable in society. Jerry, I know that God created us for each other. You did your best and I played my part," she said.

What legacy does he leave behind?

He was the son of a Scottish father and Ghanaian mother.

Although he is praised by many and he is the country's longest-serving leader his legacy is divided.

Rawlings first came to power in the 1979 coup. He transferred power to civilian rule soon after.

The newly formed People's National Party, led by Hilla Limann, was then elected.

But the economy was hard hit with inflation at more than 140% and high levels of foreign debt, which then spiralled into public unrest.

A new government, the Provisional National Defence Council (PNDC), then came to power.

The party headed by Rawlings then tried to turn Ghana into a socialist country.

But it only lasted two years, as Rawlings then embraced the free market as the Soviet bloc neared its collapse.

He held Ghana’s first elections since 1979 in 1992. He won the vote and was widely seen by the poor as their champion, embracing socialism before abandoning it and embracing the free market.

Between 1983 and 1987 he survived five coup attempts. But he managed to turn his unpopularity around as, by the early 1990s, his reforms had led the country towards a strong economic recovery. 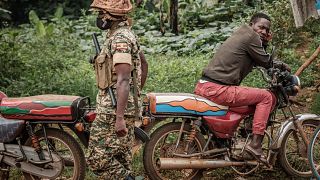 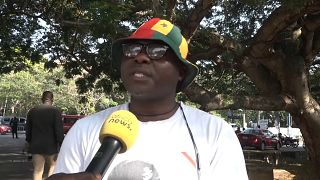 'A patriot': Tributes pour in for Ghana's ex president Rawlings

'A patriot': Tributes pour in for Ghana's ex president Rawlings